Brian Dan Migowe It is almost a year since the UK Supreme Court dismissed an appeal by the Northern Ireland Human Rights Commission (‘NIHRC’), a decision that ultimately decided the NIHRC’s legal challenge to the compatibility of the Termination of Pregnancy Laws in Northern Ireland with the European Convention of Human Rights (‘the Convention’). In […]

The Faculty of Advocates Human Rights and Rule of Law Committee presents a talk on “Defending Human Rights – Peace in Colombia: Another Magical Realism?’’ by Kirsty Brimelow QC, Chair of Bar Human Rights Committee of England and Wales, on Friday 28th September 2018. The signing of a peace accord, between the Farc and the Colombian […] 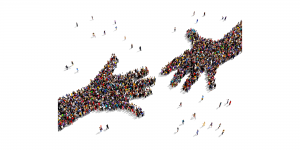 SCOTTISH BAR INTERNATIONAL HUMAN RIGHTS AWARD launched by Faculty of Advocates A new award to honour men and women overseas who champion human rights in the most challenging of circumstances is being launched by the Faculty of Advocates. The winner of the Scottish Bar International Human Rights Award will be invited to Edinburgh for a […]

Ndidi v The United Kingdom, No. 41215/14, ECHR, 14th September 2017 The applicant was a Nigerian national and entered the United Kingdom in 1989 before being granted indefinite leave to remain in 2003.The applicant developed a record of criminal offences and was given fair warning of deportation. In 2011, after release from an institution for […]